Elf On A Shelf?

Happy Saturday!
There's such a craze with "Elf on the shelf" lately! I think it's so cute and fun to do and wish we would have had that when my kids were little! High Hopes "Painting Elf" reminds me of the shelf elf! 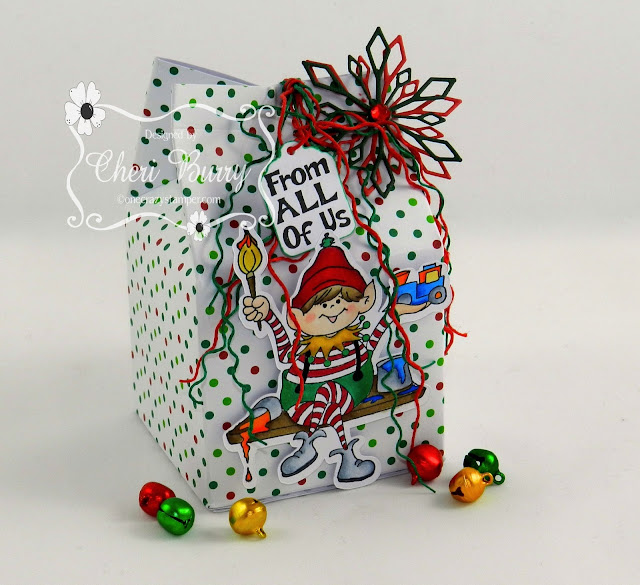 These milk cartons are from Michaels and I got them on clearance last year! What I did was make some red and green paper strips with my paper shredder to put inside and then stashed a little gift inside. Then I just decorated the outside and added the Painting Elf with some foam squares. 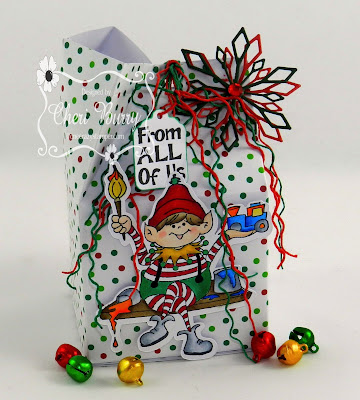 It makes a cute little box for a different type of gift wrapping! 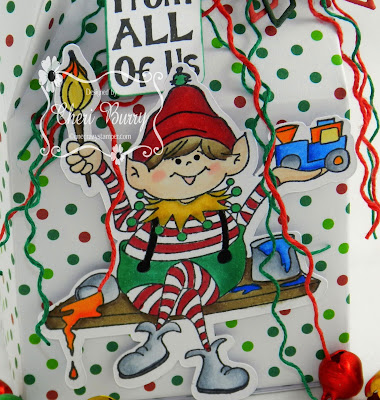 Thanks for stopping by today! I'm off to do some Christmas decorating this weekend!
Happy Stamping!

Howdy All!
I recently participated in a Christmas Recipe Swap! It was so much fun. My friend the lovely Natalie hosted the swap and made it fun for all with little giveaways along the way. You were given a name and mailing address and it was up to everyone to create a decorated 4x6" recipe. The only requirement was it had to be mailed by November 22nd! It will be fun to see how everyone interrupted their decorated recipe cards! 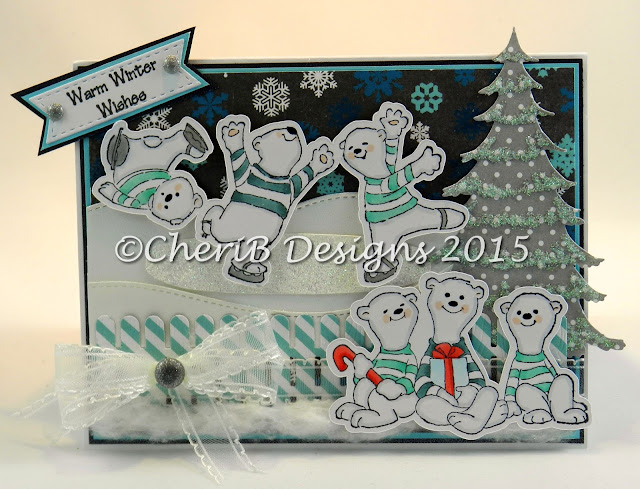 Since I love making cards, I decided to make a decorated card to hold my recipe. I am using the super cute Polar Pals from Art Impressions called "Polar Skaters", "Sitting Polars" and "Polar Phil".  I decided to use paper from the Echo Park Hello Winter Collection. I love the blues and it's non traditional colour theme! I used some glue and glitter to add some sparkle to the tree and pond. I decided to use part of a cotton ball to replicate some snow on the ground too! Sometimes you just have to think out of the box LOL. The sentiment is from High Hopes Stamps and is called "Dot Warm Winter Wishes". 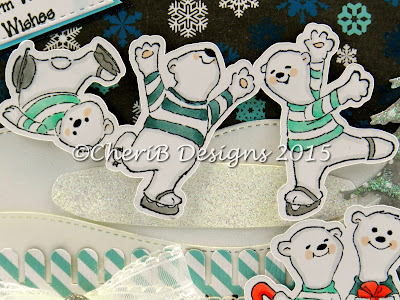 I cut out a little "pond" for the bears to skate on and added some glitter to it to hopefully make it look like ice. I also used clear Wink of Stella on all the bears shirt stripes as well as the red items. 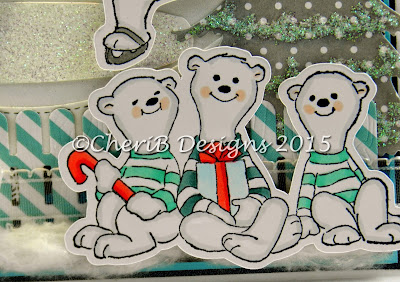 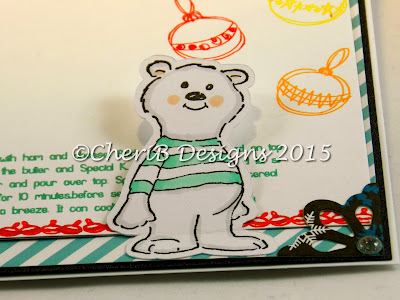 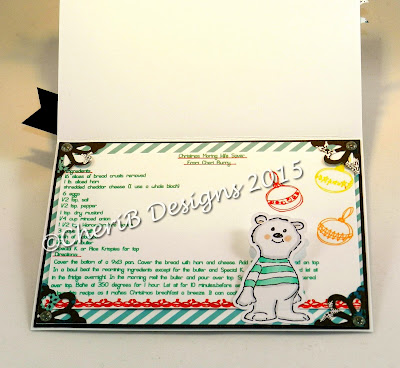 On the inside I used some Spellbinder Corner dies to hold my recipe in place. I printed off the recipe using my Silhouette machine. So much neater than my handwriting! 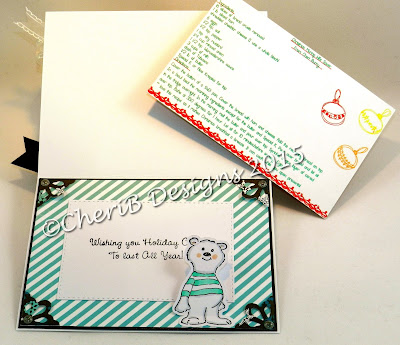 Once you remove the recipe and put it in your recipe box, you are still left with a card that can be reused if you want. The sentiment on the inside is also from High Hopes and is called "Holiday All Year". I put a little foam square on Phil's head so that it can be glued down once you remove the recipe. I also included an extra envelope just in case you want to send it to someone!

I sure hope my "secret recipe pal" enjoys my decorated recipe! And hopefully this will be a new recipe for her to try as well! This was such a fun swap to do! Thanks Natalie for the wonderful idea!


InLinkz.com
Posted by Cheri Burry at 5:00 AM 2 comments: Links to this post

Happy Tuesday Greetings!
What an adorable pair of friends these two are! I love the smile on the bears face! It just says it all!!
This High Hopes Stamp is called "Polar Hug". 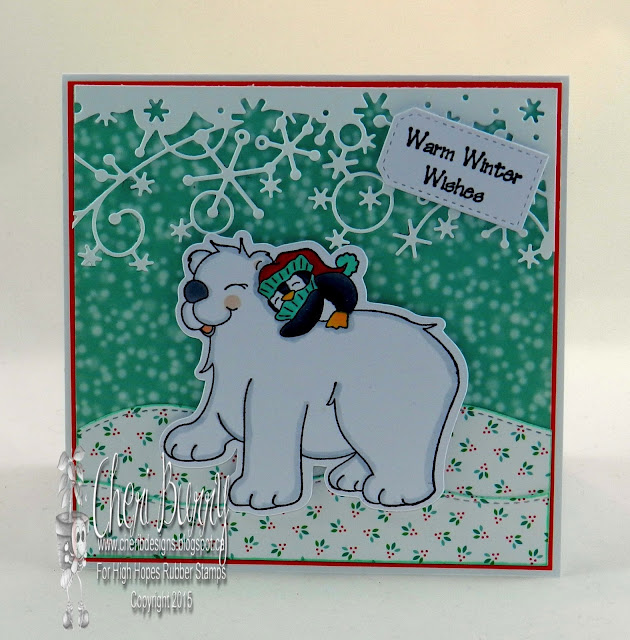 I am using paper from the Lawn Fawn Snowday 6x6 paper collection. It's my favourite from last year and my stash is almost gone. I used MFT Stitched Snowdrift die and Memory Boxe's Frostyville Border die for my embellishments. The little MFT Stitched Tag has the HH sentiment called "Dot Warm Winter Wishes". I took the chisel nib of my BG34 Copic Marker to outline the edges of the snowbanks. 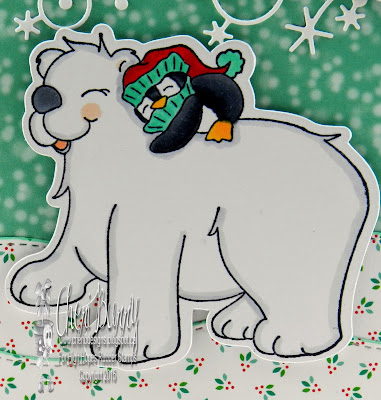 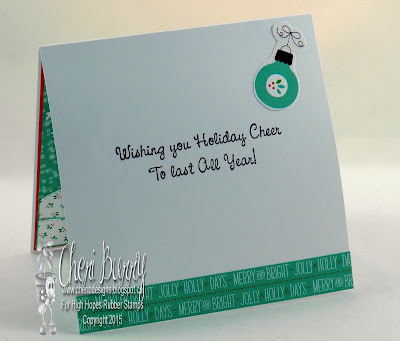 On the inside I used the HH sentiment called "Holiday All Year".

There's still time to enter into the High Hopes November Challenge "Christmas/ Winter! All you need to do is use a High Hopes Stamp, and if you don't have one you can use our free digi!

See you next Tuesday! Until then.......
Happy Crafting
Cheri
Supplies: 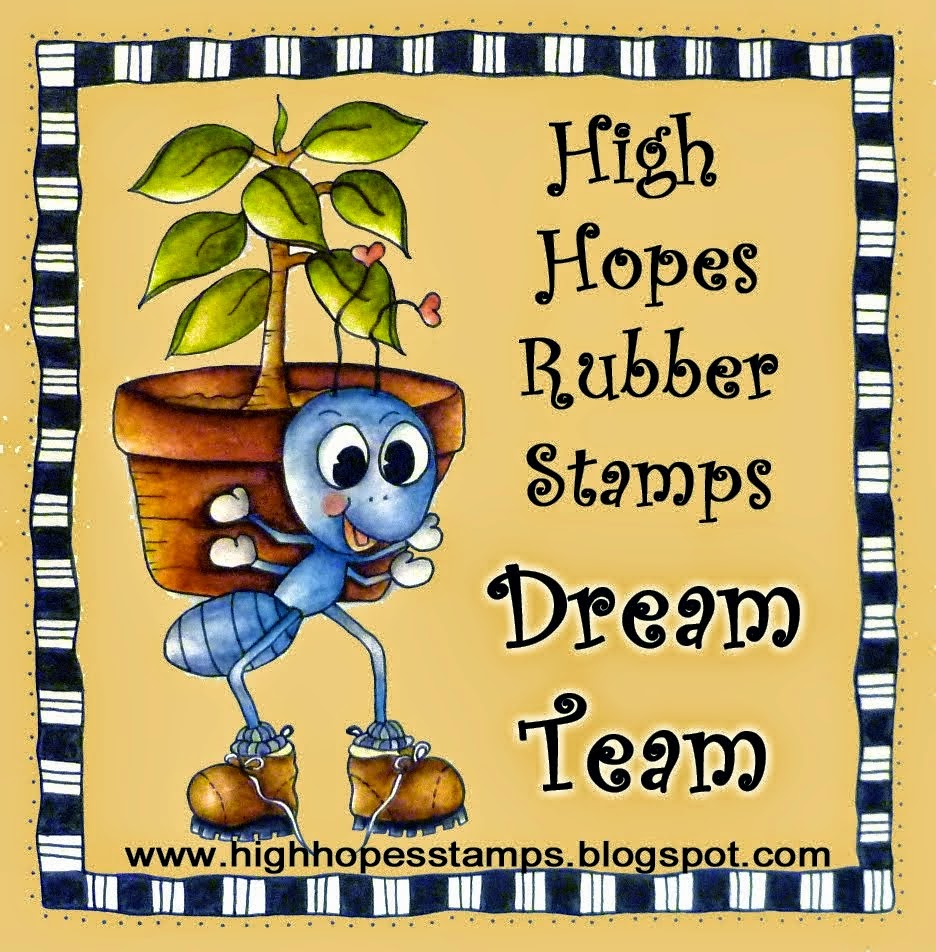 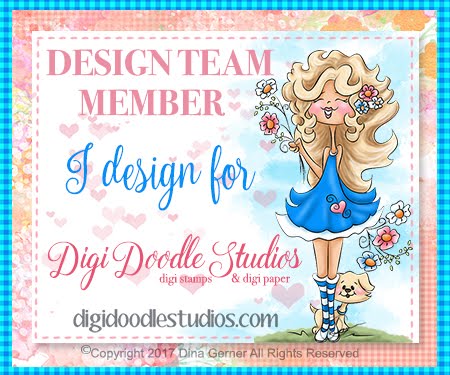 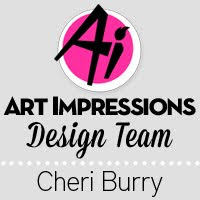 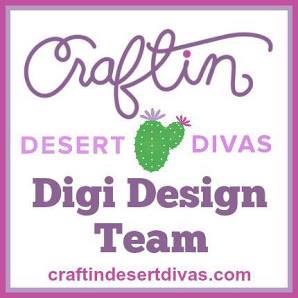 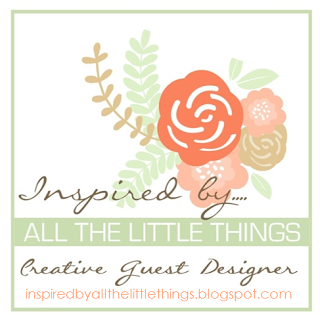 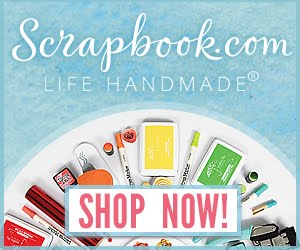 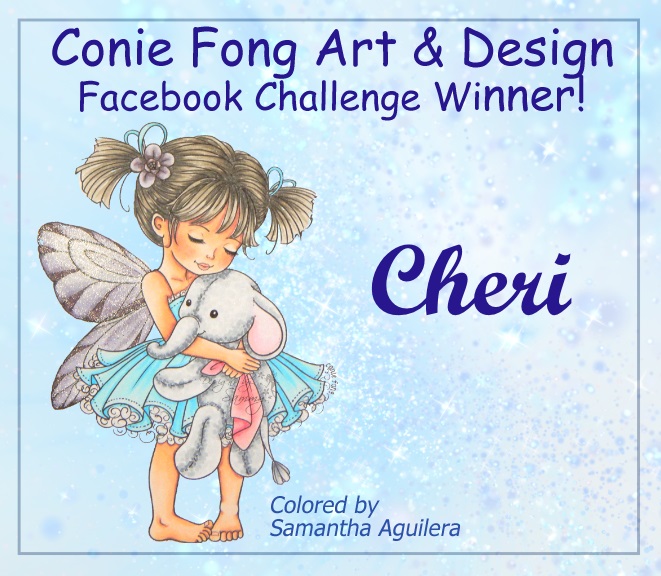